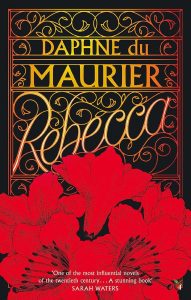 When the young un-named bride to Maxim de Winter arrives at her new home along the Cornish coast called Manderly, she soon uncovers hidden secrets, and learns of her husband’s past. Including the late first Mrs. de Winter, where her room is kept clean, clothes pressed, as though any minute she’ll come back. She struggles with the first Mrs. de Winter’s maid, Mrs. Danvers, and her sinister ways of sabotaging her. She soon finds out what really happened to Rebecca de Winter, unearthing the haunting secrets of Manderly. This story is a chilling thriller, mixed with romance, when I read this story, I was absorbed. Although the story was published in the late thirties, it had a modern feeling to it. The first chapters seem to be the best, they’re in the present, they show how the second Mrs. de Winter changed. Meanwhile the rest of the book is a flashback, recounting what happened from the moment she met Maxim, to the very end, before they left Manderly.

Review of Jane Eyre by Charlotte Bronte
Comments are closed.